If you have a question or comment about WCBE's new programming lineup, please call 614-365-6655 and leave us a message!
Music

Studio A Song ‘Unity’ from 1993 Unearthed and Updated

A different time.. a different era… but a song with a message that is timeless!

Back in 1993, Jon Peterson (then, WCBE’s Music Director and Host of ‘Radio Free Columbus’) recorded a  local acapella trio named Gifts of Song in  Studio A.  Needing topical material for this past Saturday Night’s SHAKIN’ IT show that focused on the inauguration of President Biden, he remembered a short powerful piece called “Unity.”

According to Peterson, “The song aired live on my old show and was later included and preserved on the  CD, ‘Just Wing It!’  I  produced the first four WCBE ‘Live from Studio A’ CD’s… and this was the second one in the series that became long-standing fund drive ‘thank you’ gifts.”

Peterson said that “a little bell went off in (his) head after hearing President Biden’s speech about unity.

“I remembered this amazing, spiritual piece.  Upon playback, I discovered that the middle section with all sung "ooh’s"… was most begging for a 'spoken-word' passage over the top.  I found a section of President Biden’s speech, and it fit perfectly!”  He remastered the recording and added President Biden’s speech into that middle section. Mixed together, this short musical prayer with new spoken word passage is simply stunning. Peterson opened the 1/23/21 edition of “SHAKIN IT” with his new version and then went straight into Lady Gaga’s “Star Spangled Banner.”

Gifts of Song was founded January, 1989.  The original singers were Dee Steele, Wendy Willis, and Diane Stubblefield, who was soon replaced by Stephanie Rivers.  They were members of St. Philips Lutheran Church.

Dee Steele now lives in Dayton, OH.  According to Steele, “Our vision was to educate and empower  people through music. Our music combined African rhythms, Jazz stylings and Gospel melodies.
Some of our performances were at Ohio State University, Ohio State Black Extension Center, Penn State University, University of Illinois, and other public and private events throughout Central Ohio.” 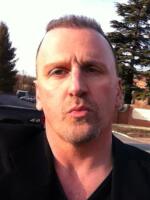 Jon Peterson
Jon Peterson has been the volunteer host and independent producer of Shakin It Radio since 2006. Listeners might remember him best as host of Radio Free Columbus, which ran on WCBE from 1991 to 1995 when Peterson was Music Director. The program won Ohio Educational Broadcasting’s highest honor as “Program of the Year” in 1993.
See stories by Jon Peterson