If you have a question or comment about WCBE's new programming lineup, please call 614-365-6655 and leave us a message!
Live From Studio A
Coming Live To Studio A
One of the best things about WCBE is our live music. Keep up to date with the latest Live From Studio A performances coming up in the future. We bring you live in-studio sessions with local and national acts every week on 90.5 FM. Tune in and listen!

Summer Salt is the duo consisting of Matthew Terry (vocals and guitar) and Eugene Chung (drums).

Out of Texas, originally from Dallas, they have since relocated to Austin.

It was produced by Phil Ek, who has worked with acts like Modest Mouse, Built To Spill and Fleet Foxes.

Currently touring in support of this release, their Columbus stop is going to be at Ace Of Cups on Sunday, October 3.

After that, they will be staying in town a little while longer to perform here in studio A the following morning.

Tags
Live From Studio A studio a session 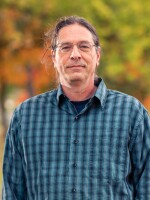 Mike Taylor
Mike Taylor joined WCBE as a volunteer in 2001, mixing bands and improving Studio A. In early 2002 he was offered the position of morning music host. Taylor has held that position ever since and is currently Studio Engineer, Music Librarian, and Curator.
See stories by Mike Taylor