On this week’s episode of Prognosis Ohio,Dan Skinner wraps up our 2020 candidate series with a discussion with Representative Kristin Boggs of House District 18—Dan’s district—about the importance of local state elections, and the state of Ohio health and healthcare politics.

In this episode, Rep. Boggs (Twitter) outlines her stance on obtuse gerrymandering in Ohio—leading to larger issues for public health and democracy such as a women’s right to choose, racism as a public health crisis, criminal justice reform, and policing. Rep. Boggs explains the connections between public safety and public health. With a focus on protecting Ohioans, Boggs calls for readjusting police responses to include the proper licensed personnel for calls ranging from mental health breakdowns to domestic violence/dispute. Dan and Rep. Boggs also discuss an issue about which Rep. Boggs has been particularly passionate: domestic violence and child abuse, both before and during COVID-19. 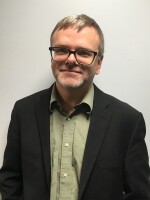